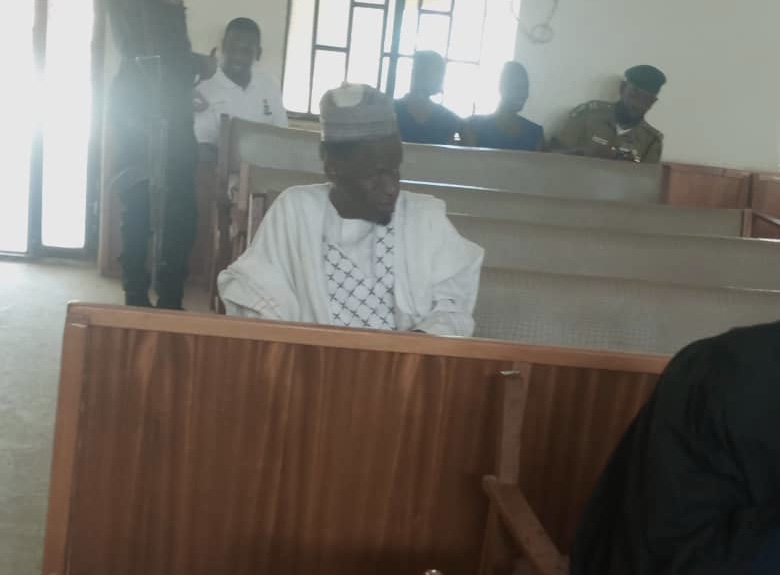 A Gombe State Secondary School Principal, Mr. Bello Muhammed Abubakar, has been arraigned by the Independent Corrupt Practices and Other Related Offences Commission (ICPC), over alleged fraudulent activities and other ancillary offences.

The Commission, in a 2-count charge brought before Hon Justice Halima S. Muhammed of Gombe State High Court 2 sitting in Gombe, told the Court that the accused person had defrauded unsuspecting admission seekers to the tune of the Three Million, Eight Hundred and Eighty-Four Thousand, Two Hundred Naira only (N3,884,200:00).

The charge reads in part: “That you Bello Muhammed Abubakar (m) between the period of 2009 to 2014 or thereabout at Gombe within the jurisdiction of this Honourable Court did obtain by false pretense the sum of N3,884,200:00 from unsuspecting admission seekers under the guise of offering them admission into Mukhtar Polytechnic Gombe and Goni Mukhtar College of Education Gombe State. And you thereby committed an offence contrary to Section 1(1)(a) and punishable under Section 1(3) of the Advanced Fee Fraud and Other Related Offences Act, 2006.”

ICPC, in a Charge No: GM/128C/2021 averred that Mr. Abubakar had obtained by false pretense the above sum when he illegally operated the following institutions: “Mukhtar Polytechnic, Goni, Mukhtar College of Education, and Goni Mukhtar Linguistic Centre,” all in one block of three classrooms in Gombe State between 2009 and 2015.

Counsel to ICPC, Mashkur Salisu, informed the Court how the School Principal was perpetrating the said offences before he was nabbed by operatives of the Commission during an intelligence-led operation.

The Commission has since shut down the said illegal institutions in which the accused person was operating.
The defendant’s actions are contrary to Section 13 and punishable under Section 68 of the Corrupt Practices and Other Related Offences Act, 2000, and Section 1(i) of the Advanced Fee Fraud Act, 2006.

When the accused person was admitted to take his plea, he pleaded not guilty to all the charges when they were read to him.

Counsel to the accused, Mr. A.B. Ebrany moved a bail application in favour of his client which was not opposed by the prosecution counsel.

The trial judge, therefore, granted the accused person bail in the sum of Two Million Naira (N2,000,000) and two sureties in like sum who must be residents within the jurisdiction of the court and must depose to an affidavit of means. Failure of which he would be remanded in Gombe Correctional Centre.