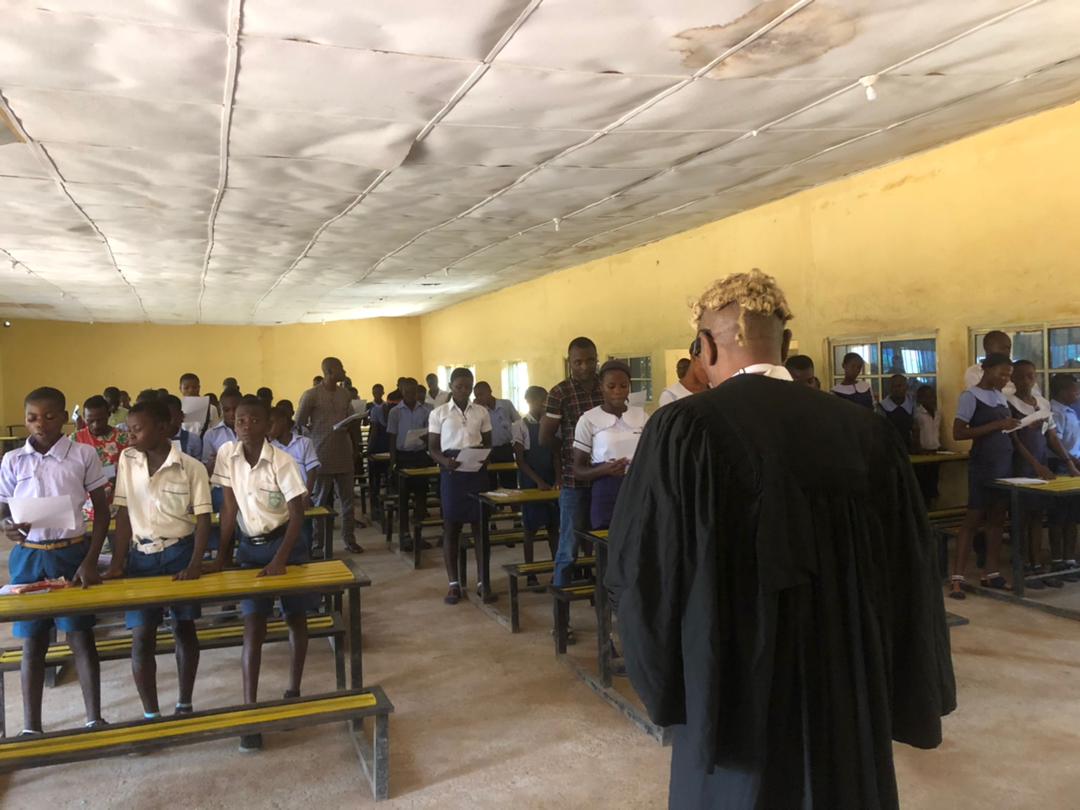 The Enugu State Office of the Independent Corrupt Practices and Other Related Offences Commission (ICPC) has inaugurated 14 Students Anti-Corruption Clubs in 14 secondary schools in Ebonyi State.

Speaking at the occasion which held at Holy Ghost Secondary School, Abakaliki, the Resident Anti-Corruption Commissioner of the ICPC Enugu State Office, Mr. Kennedy Ebhotemen, commended the commitment and determination of the students to the launching of the clubs, which he said, was worthy of emulation by other post-primary schools in the state.

Ebhotemen, who was represented at the occasion by Mr. Suleiman Achile, emphasised that ICPC, having recognised the youths as future leaders, believes that the best way to secure their future was to impact on them the values of transparency, accountability and integrity at an early stage of their life.

To this end, ICPC has several youth-focused programmes in the education sector including Student’s Anti-Corruption Vanguard (SAV) in tertiary institutions, Students Anti-Corruption Clubs in secondary schools, infusion of the National Values Curriculum (NVC) into school subjects/courses at different levels of education, outreach to National Youth Service Corps (NYSC) orientation camps, amongst others.

He implored the students to make a serious commitment to the fight against corruption as he said, “ICPC alone cannot cope with the task of institutionalising integrity, transparency and accountability in the country”.

He urged the students to complement the efforts of the Commission by educating fellow students on the ills of corruption and participating actively in social auditing and whistle blowing.

In his remarks, the Hon. Commissioner for Education, Ebonyi state, Hon. Sunday Nwangele, acknowledged that corruption existed in every area of human endeavours.

The Commissioner, who was represented by Director, Training and Staff Development in the Ministry, Mr. Emmanuel Onwe, maintained that the essence of the programme was for the schools to join in the fight against corruption using the clubs as a platform.

Mr. Onwe, while lamenting that corruption has now become a household disease in our society, stressed that corruption manifests itself in the education sector in the form of examination malpractice, teachers not teaching well, students not going to school and general indiscipline.

He urged the students to be watchdogs in their homes, schools, churches, as well as report any corrupt act to ICPC.