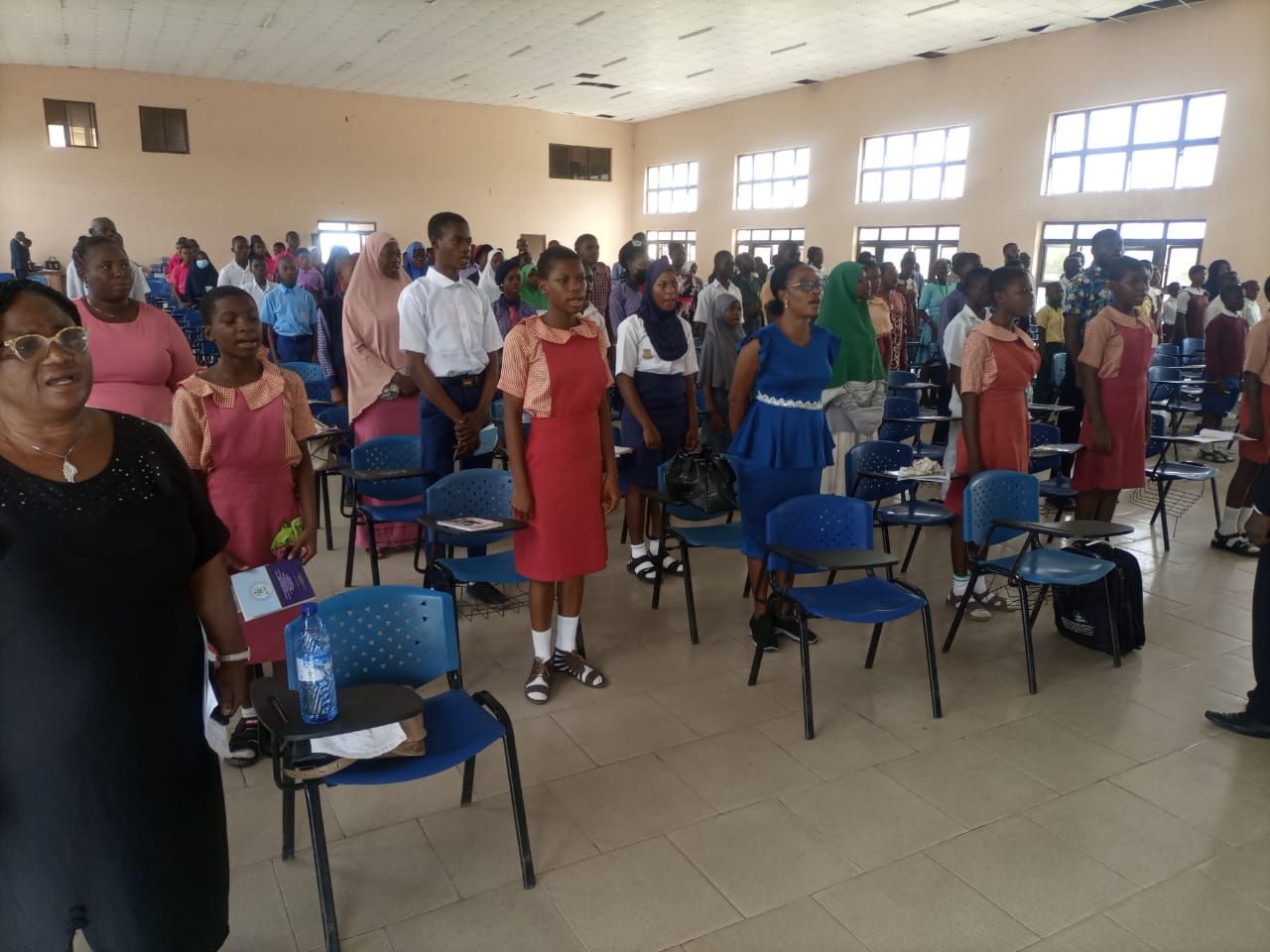 The Independent Corrupt Practices and Other Related Offences Commission (ICPC) has inaugurated 68 Students Anti-Corruption Clubs(SACs) in secondary schools in Osun State to boostits anti-corruption drive among youths and to encourage students to follow the path of integrity.

The inauguration of the clubs, which cut across Osogbo and its environs, took place at Ataoja School of Science, Osogbo Osun state.

Owasanoye, who was represented at the occasion by the head of Osun State office of ICPC, Mr. Baba Alaro Shuaib, explained further that corruption, which goes beyond financial issues, – the giving and taking of bribes – also include examination malpractice, sex-for-marks and award of contracts without due process, can helped be tackled in schools using the youths.

Delivering a keynote address, the Osun State Resident Anti-Corruption Commissioner (RACC), Mr. Baba Alaro Shuaib who represented the ICPC Chairman, Prof. Bolaji Owasanoye, SAN, stated that the formation of Students Anti-Corruption Clubs in secondary schools was an important strategy to engage the youths actively in the fight against corruption especially in their formative years.

He further stated that corrupt practices should seen beyond financial issues (the giving and receiving of bribes) to also include examination malpractice, sex-for-marks, award of contacts without following due process.

The RACC emphasized that “The best way to kill corruption is to prevent corruption from happening. The ICPC, through its three-pronged mandatecontained in the Section 6 of the Act, 2000,particularly 6(e-f) is a manifestation, and in line with the inauguration of Students Anti-Corruption Clubs. It is expected that as they grow up and assume positions of responsibility, the youths would have imbibed zero tolerance for corruption and other social vices.”

He concluded by appealing to all stakeholders, especially our institutions of learning and regulatory agencies to support ICPC in the implementation of the values re-orientation projects such as the National Values Curriculum, and the National Ethics and Integrity Policy towards positive transformation of our dear nation.

Also speaking at the occasion, the Commissioner for Education in the State, Mr. Folorunsho Oladoyin, commended ICPC for the inauguration which he noted would further encourage positive values in the students.

The Commissioner, who was represented by his Permanent Secretary, Mr. Ademola Aderinola, pledged the support of the state in building a corruption-free society, and appealed to students to join the anti-corruption clubs in order to fight corruption and ensure a positive transformation of the society.

Delivering a lecture titled “Inculcating Positive Values in the Youths Using Anti-Corruption Clubs, the ICPC Perspective” the Director of PE&E, Mr. Mohammed Ashiru Baba, fsi explained what the Anti-Corruption Clubs were all about and the roles they are expected to play as executives and members of the club.

The SACs were officially inaugurated by Mr. Baba and were sworn in with the oath of membership.

The event was attended by the Director of School Services (SUBEB), Mrs. Bola Adedire, the Executive Secretary, State Senior Secondary Education Board Osogbo; Dr. (Mrs) T.T Adeagbo, the Senior Education Officer of Ministry of Education, Mrs V.AIshola and other dignitaries.