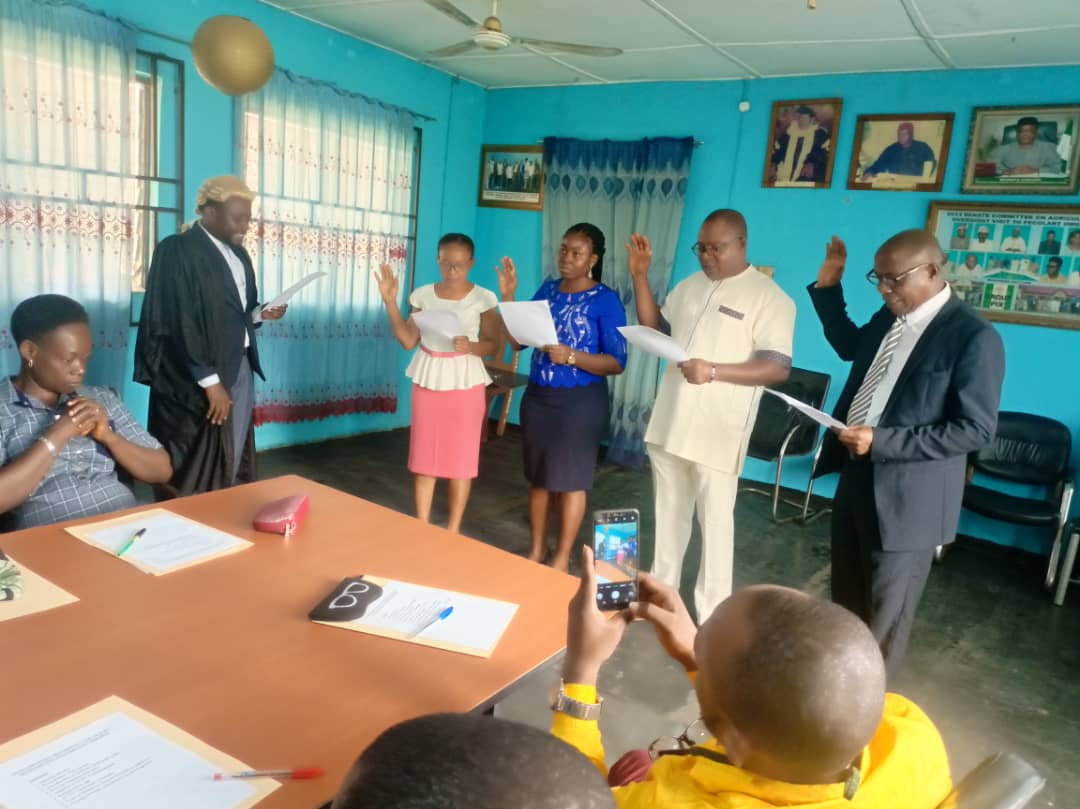 The Independent Corrupt Practices and Other Related Offences Commission (ICPC) has inaugurated an Anti-Corruption and Transparency Unit (ACTU) in Federal College of Land Resources Technology (FECOLART) Owerri, Imo state, and charged members of the unit to eschew all forms of corrupt practices in their endeavors.

Speaking during the inauguration ceremony held at the Conference Hall of the College, the Resident Anti-Corruption Commissioner (RACC), ICPC Imo State, Mr. Peter Alumbugu stated that ACTUs were created in collaboration with the Office of the Head of Civil Service of the Federation to serve as an in-house check mechanism within Ministries, Departments and Agencies (MDAs) that would help enthrone transparency, accountability and good ethical practices in the public service.

He stressed that the College would benefit from ACTU when it commences the implementation of its assigned functions which include systems study and review of processes and procedures of the College, implementation of the college’s code of ethics, and conduct of preliminary investigations into complaints received amongst others.

The RACC charged the management of the college to ensure that ACTU members were fully supported to carry out their assigned duties, stressing that all members of staff were also required to cooperate with the unit to achieve a corrupt-free institution

He congratulated the ACTU Members and appealed to them to be of good character and not to use their new position to victimize anybody but to work with utmost integrity to uplift the school.

Earlier in his welcome speech, the Provost of the college Dr Oluyemi Akande noted that corruption has ravaged the nation and adversely affected all spheres of desired development, and stated that the college as a microcosm of the larger society cannot, therefore, isolate itself from the collective resolve to stand against all forms of corrupt practices to redeem the image of the country before the comity of nations.

Dr Akande emphasized that corruption is not limited to bribery, but also encompasses all forms of behaviour and attitude such as extortion, examination malpractice and others that are deemed improper, illegal and negate all acceptable social norms. He disclosed he was once an ACTU Chairman of the College and so understands the workings and activities of the Unit.

The Provost pledged the institution’s commitment to the ACTU, saying the school authority would ensure that all necessary machinery would be put in place to enable the unit function properly. He stated that the unit would be empowered to organise lectures, seminars and workshops on corruption, its consequences and punishment for engaging in corrupt practices as occasion demands for all the staff.
In his acceptance speech, the Chairman of the Unit, Mr Utibe Okon Ikpe on behalf of the members, appreciated the opportunity given them to serve, and promised they would carry out their duties conscientiously.

Highlight of the event was the administration of the Oath of Allegiance on members who affirmed to observe high level of integrity and transparency in the discharge of their duties.

The occasion also witnessed the presentation of papers by officers from the ICPC, Assistant Commissioner, Mrs Chinwe Egbeocha who spoke on conduct of system study and review and the ACTU desk officer, Mr. Willie Emmanuel who lectured the participants on the ACTU Standing Order.