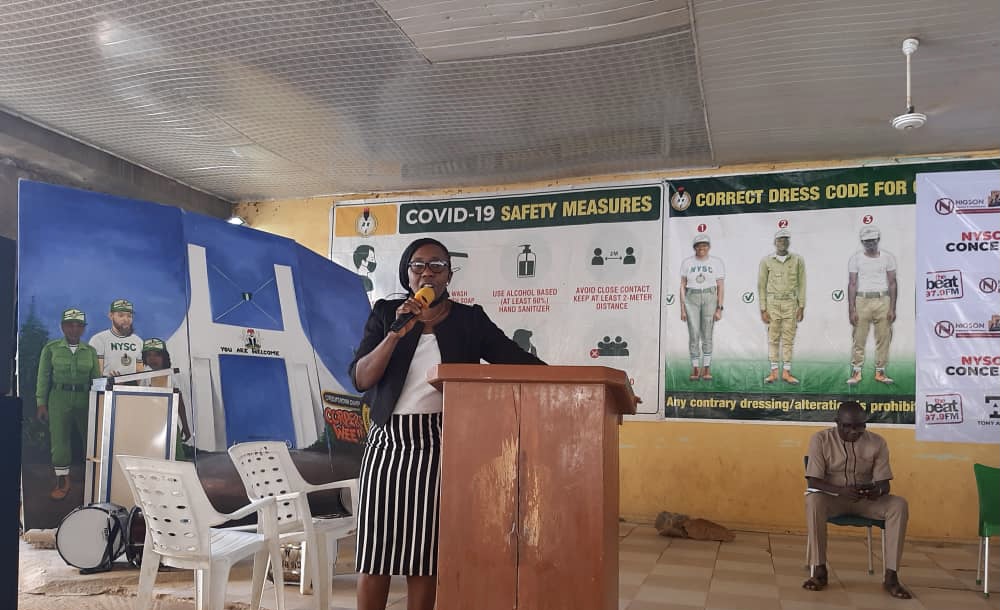 Be the Change you want to see, ICPC charges Youth Corps Members

The Independent Corrupt Practices and Other Related Offences Commission (ICPC) has charged members of the National Youth Service Corps (NYSC) to be the change they would want to see in the fight against corruption in Nigeria.

The Commission, in its nationwide Integrity Lectures in all 37 NYSC Orientation Camps for the 2022 Batch “B” Stream 1 Corps Members, emphasized the need for the youths to support ICPC as major stakeholders in the war against corruption.

At the Kubwa NYSC Camp, Mrs. Ijeoma Ozor of the Public Enlightenment and Education Department of ICPC, noted that Commission continues to vigorously pursue its public education mandate in order to engender zero tolerance for corruption amongst the youths, the future leaders of our country.

“It must be emphasized that corruption does not recognize public or private sector, young or old, and if allowed to thrive, can pervade and permeate every stratum of the society, the same way cancer spreads and destroys the human tissue.”

While listing corrupt acts to include gratification, fraudulent acquisition of properties, making false statements, examination malpractices, impersonation, falsification of official records, cultism, internet fraud and so on, Ozor maintained that these corrupt vices had the capacity to breed societal degeneration, and bring about poverty, diseases and social insecurity.

She added that the Commission has put in place different initiatives that will ensure that youths were carried along in the anti-corruption crusade amongst which were anti-corruption vanguards in tertiary institutions, anti-corruption clubs in secondary schools, and anti-corruption community development groups for the Corps Members after their orientation exercise in partnership with NYSC.

Other initiatives include the National Values Curriculum to bridge the gap that existed in subjects’ contents in Nigeria educational institutions, essay competitions to sustain awareness amongst the youths, and the University Systems Study and Review during which the Commission reviews University systems based on intelligence, petitions, complaints and public comments against the tertiary institutions in Nigeria.

She further noted that the youths were endowed with strength and creativity and can easily accept new social standards, urging them to become part of the general struggle for liberation against endemic corruption.

“If you assimilate and imbibe the culture of corruption, you will be a danger to the society. But as you carry out your duties in your areas of primary assignments and in your vocations and future endeavours, choose to imbibe and exhibit strong moral values and shun corruption. This would make you stand out. You have a choice in this matter to do this or ignore the opportunity and help seal the doom of our dear nation” she advised.