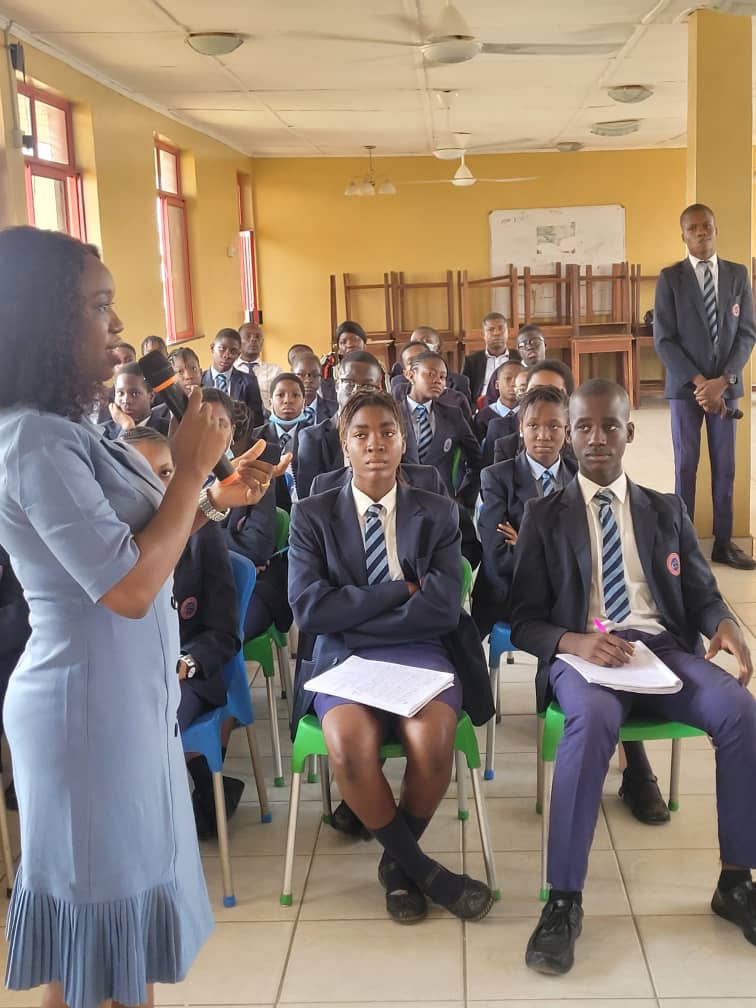 Charges them to Resist Negative Peer Pressure to Succeed in life

Mrs. Mary Omonoyan of the Public Enlightenment & Education Department of the Commission, who gave the charge during the Integrity lecture at the inauguration of Student Anti-Corruption Clubs in the schools, stressed the need to resist pressure from friends, family and adults to get involved in illegal activities for financial benefits. Rather, they should have the strong conviction that wrong is wrong even if everyone is doing it and right is right, even if no one is doing it.

Omonoyan added that the students should remain humble, diligent, courageous and truthful. They should also imbibe honesty, right attitude to work, respect for family, religious and traditional values for a better society, no matter the opposition.

She advised the students that they are not too young to take ownership of the fight against corruption, as corruption is a dream-killer and can stop them from achieving their career dreams. Therefore, they should resist, reject and report all types of vices going around them in their school to the authorities or to ICPC.

At the first event, the students, represented by Chidera Nsofor, stated their resolve to abide by positive behavior and be role models to others as members of the Students Anti-corruption Club.

Also at the first event, Dr. Mrs. Kudriat Adeyemi of Education District Six of the Lagos State Ministry of Education noted that the Clubs in the schools will motivate the students to join in the fight against corruption by being loyal, faithful and committed to the virtues of integrity.

At Woodland Hills High School, the Head Girl Aso-Ibeh Chizaram, welcomed the ICPC officers while Thomas Jesutofunmi, the Head boy, in his vote of thanks, made a commitment to be dedicated members of the Club and to declare their school a corruption-free zone.

The principal of the school, Mrs. Linda Oikelomen said the school promotes diligence and with its motto, “Hard work is all” and with determination, the children can achieve their dreams.