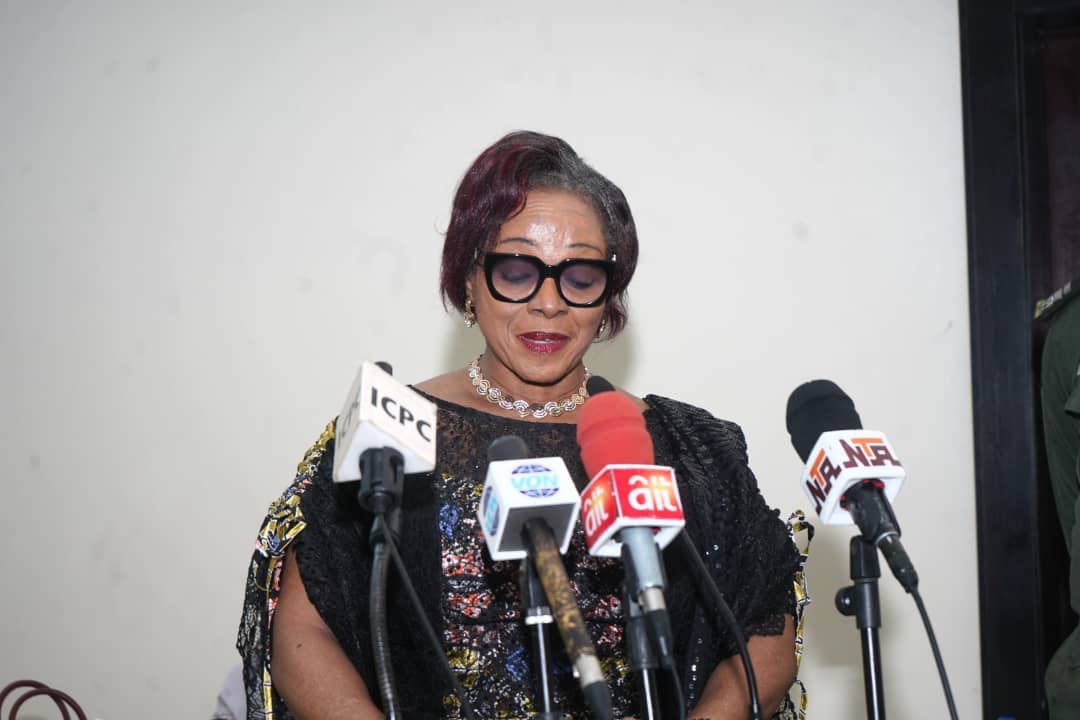 The Chairman, Independent Corrupt Practices and Other Related Offences Commission (ICPC), Professor Bolaji Owasanoye, SAN, has declared that collective action is needed to stem the tide of corruption and Illicit Financial Flows (IFFs) out of Africa, saying that it was a recipe for the continent’s survival.

The Chairman who was represented by ICPC board member, Hon. Olubukola Balogun, made the statement at the Commission’s headquarters while delivering a keynote address at a one-day seminar organized by the Abuja Chapter of Society of Women Accountants of Nigeria (SWAN) themed, “Building Institutional Resilience to Reduce Corruption and Illicit Financial Flows”.

Professor Owasanoye bemoaned the fact that African countries, including Nigeria, were particularly affected by huge losses through IFFs thereby depriving the continent of the much-needed resources for development.

He disclosed that the 2021 International Conference on IFFs had “estimated annual loss to IFFs from Africa at $50 billion and growing at the rate of 20.2 per annum and $86.6 billion representing 3.7 GDP, and noted there was need for the collective action to address Africa’s Illicit Financial Outflows to secure Africa’s survival; sustainable growth and development; and Agenda 2063.”

The ICPC Chairman stated that the tragedy of IFFs was that the loss was suffered by developing countries whereas the destination of the funds are the rich industrialized countries of the West and recently Asia and the Middle East.

The Commission’s boss noted that Nigeria was grappling with serious challenges in the areas of peace, security, good governance, and sustainable development and that there was the need for quick wins and long-termsolutions to save the country.

He identified accounting professionals in both public and private sectors of our governance systems as core component of the “foot soldiers” of the battle due to their role in the custody and management of public/national resources as well as the potential of being in the best position to prevent and combat corruption and IFFs.
He emphasized the fact that accountants were crucial to exposing IFFs, stating that they know about the flow of finance and therefore it was impossible to steal without them knowing.

Professor Owasanoye further explained that the waragainst corruption and IFFs was not a fight by a few agencies alone and therefore commended the women professionals for undertaking the initiative to bring together experts and practitioners to discuss and proffer solutions on the theme.
.
Speaking on the role of revenue agencies in engendering citizens’ buy-in combating corruption and illicit flows, the Executive Chairman of Federal Inland Revenue Service (FIRS), Mr. Muhammad Nami, who was represented by Alhaja Faozat Ogunniyi, underscored the measures the revenue agency was taking at tackling IFFs.

The FIRS boss also lent credence to the fact that corruption and IFFs have starved Nigeria of the much-needed resources required to provide basic amenities, infrastructure and improved living conditions for the citizenry.

He expressed the belief that the SWAN collaboration with ICPC and other regulatory agencies to reduce corruption would lead to improved tax compliance at both the national and sub-national levels.

In his goodwill message, the Chairman, NationalSalaries, Income and Wages Commission (NSIWC), Mr. Ekpo Nta, the immediate past ICPC Chairman, who was represented by Chukwuma Nwachinemere, described accountants as key actors in the financial sector, pointing out that lending their technical expertise to block criminal infraction was required.

The former ICPC Chairman explained that the NSIWC was strongly committed to encouraging equitable wages policies, saying that corruption stemmed from greed and covetousness to acquire more than what is earned.

Speaking at the event as well, the Managing Director, Nigeria Export Processing Zones Authority (NEPZA), Professor Adesoji Adesugba, called for a robust and effective integrity system in public institutions, noting that it was one way of building resilience to corruption and illicit flows.

In his remark at the event, the President of the Institute of Chartered Accountants of Nigeria (ICAN), Mallam Tijjani Musa Isa, who was represented by Alhaji Kabir Alkali Mohammed, said the professional institutions have significant responsibilities in reducing corruption, stating that as professional accountants, with the mandate to act in public interest, collaborating with relevant agencies to curb corruption should remain a top priority.

Also speaking during the seminar, the Director-General, National Centre for Women Development, Madam Asabe Bashir, reiterated the need to come together and proffer a long-term solution to the menace of corruption, saying that corruption had no gender, hence, it was everyone’s responsibility to stop it occurring.

The seminar later dovetailed into a technical session where experts shared notes on ways corruption and IFFs could be tackled head on.