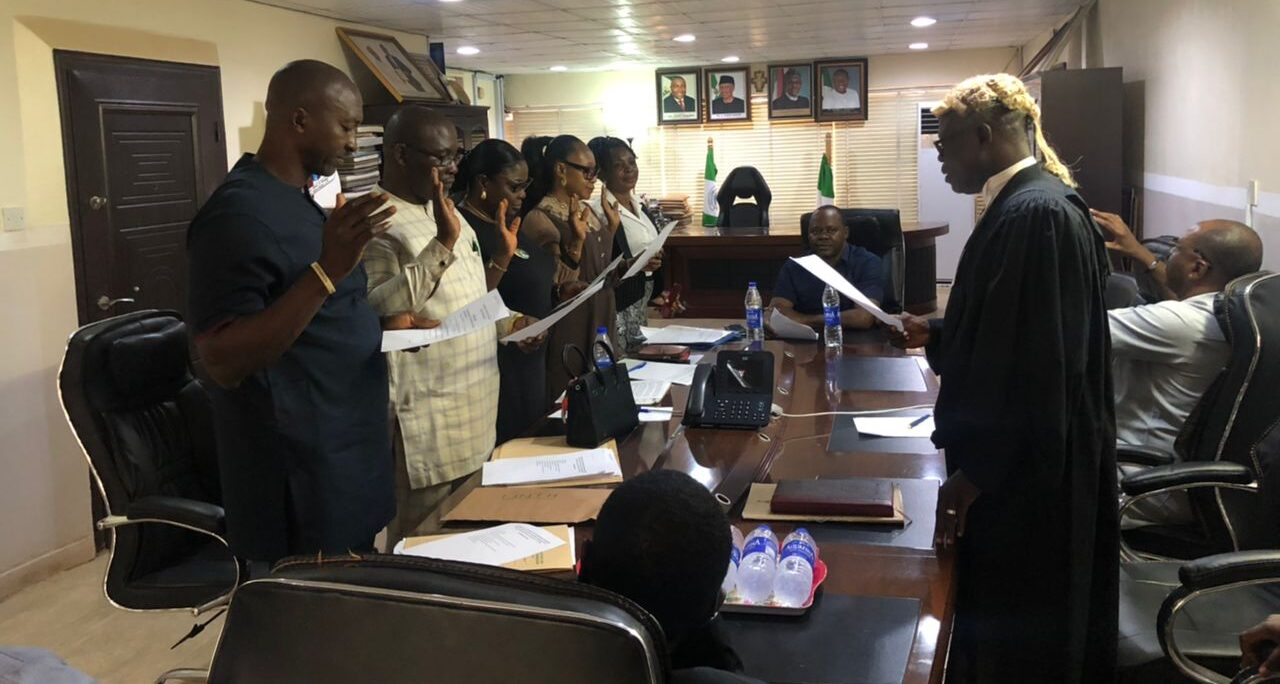 The Independent Corrupt Practices and Other Related Offences Commission (ICPC) has inaugurated the Anti-Corruption and Transparency Unit (ACTU) of the University of Nigeria Teaching Hospital (UNTH), Enugu.

The ICPC Enugu State Resident Anti-Corruption Commissioner (RACC), Mr. Kennedy Ebhotemen, who took charge of the inauguration ceremony, commended the management and staff of the Hospital for making the inauguration and induction of ACTU in the institution possible, stating that the ACTU, an initiative of the Commission, was approved by the Federal Government to serve as an in-house mechanism for corruption prevention within MDAs.

The Commissioner appealed to the UNTH management to give the ACTU members the enabling environment to fully carry out their duties and to assist in the funding of the activities of the unit as provided for in the extant circular of government dated 5th October, 2016.

He implored the ACTU members to work hard as a team and appealed to them not to use their positions to witch-hunt or victimize anybody, but to work towards entrenching the culture of integrity, transparency and accountability in the Hospital.

Earlier, the Chief Medical Director (CMD) of UNTH, Prof. Obinna Onodugo, who was represented by the CMAC of the Hospital, Prof. Val Ugwu, applauded the ICPC for establishing ACTU in the Hospital.

Ugwu pledged the cooperation of management to the ACTU members and support for the activities of the Unit.

In his acceptance speech, the newly inaugurated ACTU Chairman, Mr. Okoro Emmanuel, said, “With a humble heart, I and my team accept the responsibility of being the eyes and ears of ICPC in this Hospital”.

He pledged to work assiduously with other members of the Unit in actualizing the mandates of ACTU to the mutual benefits of the Hospital and the society at large.

Highlights of the occasion was the administration of the oath of allegiance, and the presentation of IEC materials to the representative of the Chief Medical Director of the Hospital.