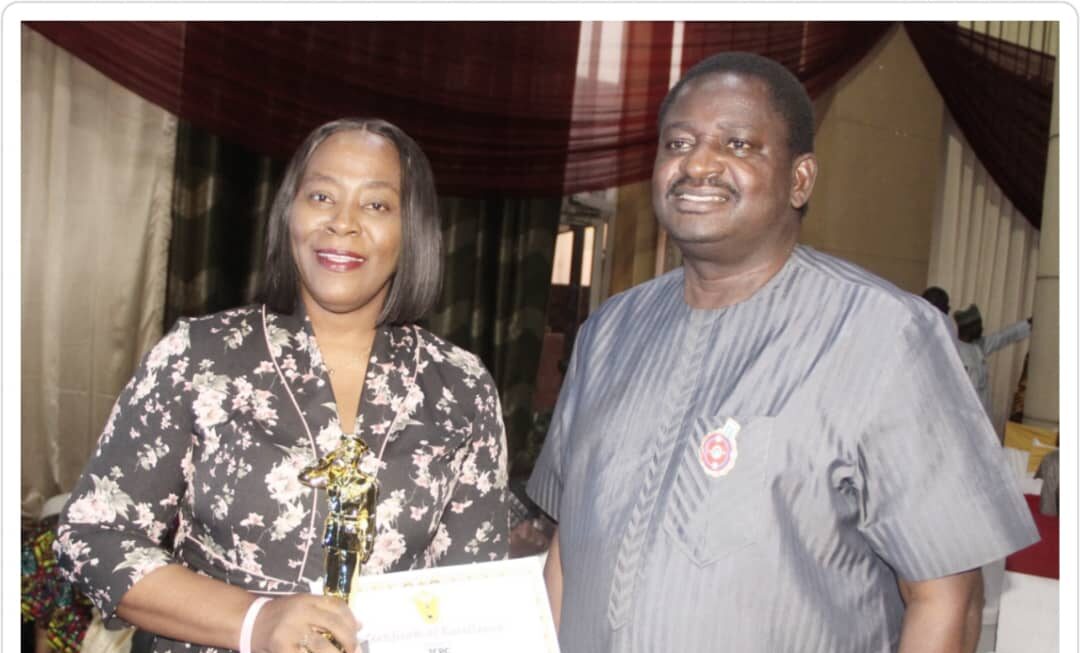 ICPC Clinches Award for Public Information Management at the 2022 SAEMA

The Independent Corrupt Practices and Other Related Offences Commission (ICPC), has received an Award of Excellence for outstanding accomplishments in the category of Public Information Management at the 4th Security and Emergency Management Awards (SAEMA).

The Awards presentation ceremony, which was chaired by Mr. Femi Adesina, OON, Special Adviser on Media & Publicity to the President, had in attendance security and emergency agencies and featured award presentations to about 100 organizations and individuals for different categories of achievements.

The citation for the ICPC award read thus “As one of the anti-graft agencies in Nigeria, ICPC provides well and thoroughly scrutinized media updates for any of their activities in order to keep people abreast of their progress. In September, the Commission revealed how it uncovered about N400 billion fraud in the 2022 budget. In late June, ICPC raided an Abuja residence in Wuse where billions of naira and foreign currency were stashed. Currently, the Commission is probing about 721 constituency projects in about 20 states.”

Giving a welcome address at the event, the Managing Director, Image Merchants Promotion Ltd, Yushau A. Shuaib, explained that 145 entries were received for the Security and Emergency Management Award (SAEMA) while they received 112 entries for the Spokespersons Communications Awards (SCA). Out of these, 2 finalists were selected for each of the categories by a competent team of unbiased experts and professionals led by Air Comdr Yusuf Anas (Rtd) and Dr Sule Yau Sule.

The chairman of the occasion, Mr. Femi Adesina, congratulated all awardees and commended the security agencies for rising to the security challenges of the country. He also thanked all spokespersons involved in the dissemination of information on government’s efforts and urged them to keep up the good work.

The event also featured a keynote presentation by the National President of the Nigerian Institute of Public Relations (NIPR), Mal. Mukhtar Sirajo, FNIPR, on the topic, “Strategic Communication for National Integration, Peace and Security”.

One of the awardees at the event was the Police officer who had been recognized by ICPC and conferred with the ICPC 2022 Public Service Integrity Award for rejecting a bribe of $200,000, ACP Daniel Itse Amah.