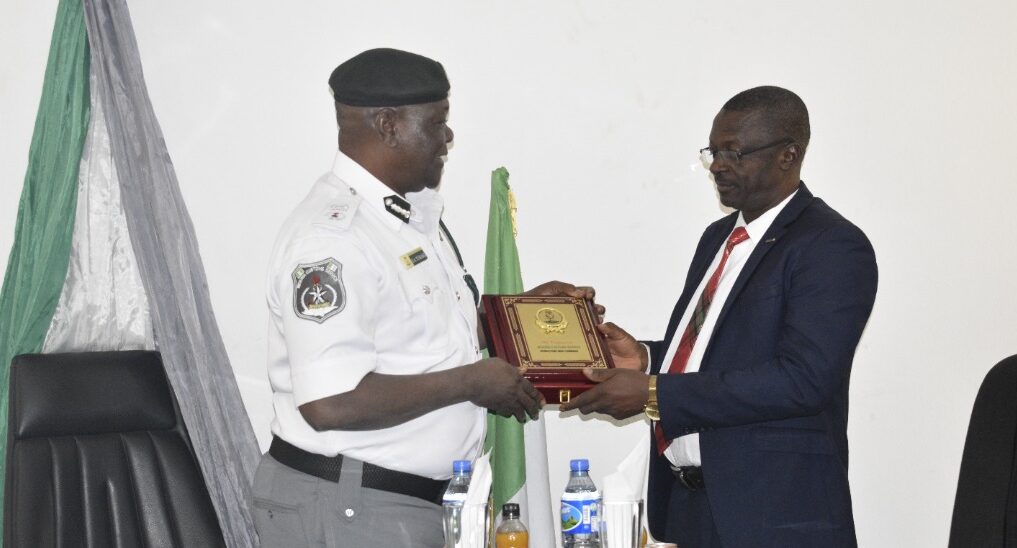 ICPC to Collaborate with NCS in Curbing Illicit Financial Flows

The Independent Corrupt Practices and Other Related Offences Commission (ICPC), Borno State Office, has sought the collaboration of the Nigerian Customs Service (NCS), in the area of intelligence sharing in order to tackle the issues of Illicit Financial Flows (IFFs) which have adverse effects on the country’s dwindling resources.

The synergy was saught when the Resident Anti-Corruption Commissioner (RACC), Borno State Office, Mr. Ishaku Sakaba, in the company of other officers of the Commission paid a courtesy visit to NCS, Borno and Yobe States Command in Maiduguri, the capital of Borno State.

Speaking during the visit, the RACC stated that Nigeria’s dwindling revenue from oil was a cause for concern as the nation was finding it difficult to meet its obligations, and since NCS remained one of the strongest sources of revenue, therefore the need to strengthen ties and curb corruption in that sector became imperative.

He described the work of NCS as being strategic to national development, hence, corruption and other unwholesome practices must not be allowed to fester.

Mr. Sakaba also explained that synergizing with other security agencies would not only aid ICPC to carry out its statutory mandate, but it would help the Commission achieve a common objective of nation building.

Responding to the ICPC team, the Comptroller of Customs, Mr. Usman Adamu Turaki lent credence to the shortfall of revenue and attributed it to insurgency among many other factors. He however, pointed out that in spite of the challenges of insecurity, the Command was doing its best to meet up its targets.

Mr. Turaki therefore pledged the Command’s cooperation with ICPC and other relevant agencies in the task of nation building, saying that ICPC and NCS has had a long-standing relationship and that he was open to any collaboration that would strengthen it.

The Comptroller expressed happiness over the visit and said he look forward to a fruitful working relationship between the two agencies.