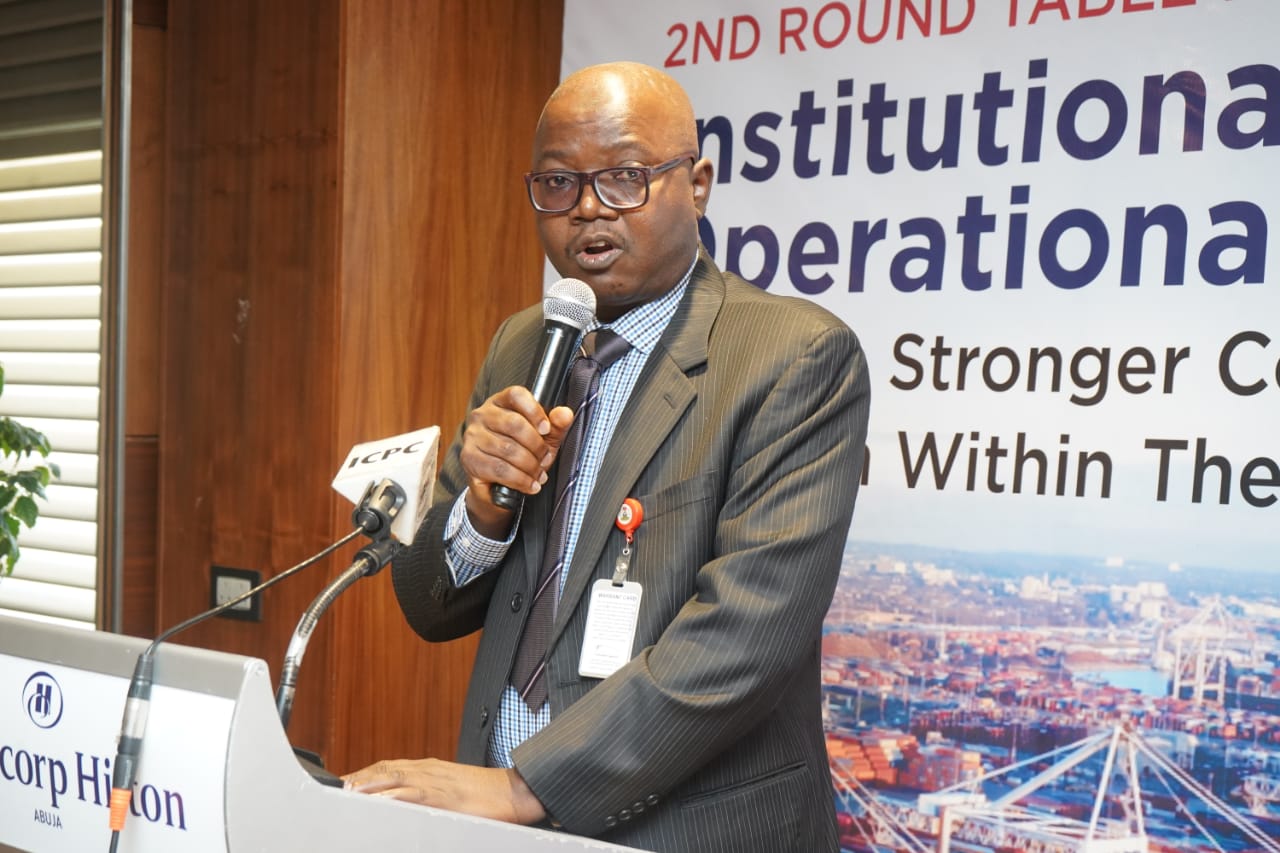 Port Interventions Successful Due to Collaborative Support of all Stakeholders – Owasanoye

The success stories recorded in the Nigerian ports sector have been attributed to the reform-mindedness and zero-tolerance policy on corruption by the government, and the collaborative support of all ports agencies and stakeholders.

This was disclosed by the Chairman of the Independent Corrupt Practices and Other Related Offences Commission (ICPC), Prof. Bolaji Owasanoye, SAN, OFR through a Deputy Director in ICPC, Mr. Jimoh Sulahiman at the 2nd Edition of the 2022 Compliance Roundtable on Institutionalising Operational Efficiency through Stronger Compliance Function within the Agencies, convened by the Federal Ministry of Transportation in conjunction with the Convention on Business Integrity (CBI).

Prof. Owasanoye explained that ICPC’s interventions at the ports were aimed at sanitising the ports of corruption and corrupt elements by infusing ethics and integrity into ports processes, mitigating against lack of integrity in international trade, thereby promoting Nigeria’s Ease of Doing Business Policy.

He added that the interventions were also to facilitate appropriate resolutions and consequences for wrongdoings within the ambits of the law as well as to undertake rigorous enforcement of infractions in that sector.

The ICPC boss expressed appreciation to all stakeholders at the ports for their commitment and collaboration to ensure that the sector receives the sanitisation it deserves.

He emphasized that the series of mechanisms that engendered the ports competitiveness include the harmonisation of Standard Operating Procedures (SOPs), the establishment Ports Service Support Portal (PSSP), the implementation of the Nigeria Port Process Manual (NPPM) and the setting up of the Ports Standing Task Team (PSTT) as a multi-agency task team.

Also speaking at the event, the representative of the Executive Secretary of the Nigerian Shippers Council (NSC), Mr. Moses Fadipe, discussed the Council’s interventions in the ports sector over time, saying that in their quest to embed compliance in the maritime sector, one of the statutory products of NSC being used was the compliance with the handling mechanism.

He mentioned that they have achieved much in alternative dispute resolution, complaints and claims handling between users and providers of shipping services, and the successes recorded are geared towards the ease of doing business.

Some of these successes, Mr. Fadipe continued, include minimising demurrage and storage at the ports, stopping transfer charges to dock terminals, and drastic reduction of illegal charges placed on cargo.

In his address, the representative of the Minister of Transportation, Mr. Babatunde Sule, stressed the need to strengthen the compliance function within agencies in order to sustain the gains and momentum built in improving ethical and compliance standards, as well as anti-corruption efforts in the maritime sector.

To achieve this “we require the support of institutional leaders and key decision-makers in government agencies that play a key role in the maritime sector.”

The co-convener of the roundtable, the Executive Director of CBI, Mr. Soji Apampa, while giving his welcome remarks on behalf of Maritime Anti-Corruption Network, charged Port Stakeholders to support the efforts of government to make Nigerian ports competitive and efficient by keying into the various mechanisms geared towards reduction of infractions in maritime sector.

He further reiterated the successes achieved through the implementation of grievance reporting mechanisms put in place especially the Helpdesk and the Ports Service Support Portal.

The successes, he stated, included the reduction in waiting time, quick intervention on issues bordering on issues of unethical demands by some agency’s officials and the general reduction in complaints from stakeholders and international trade partners, among others