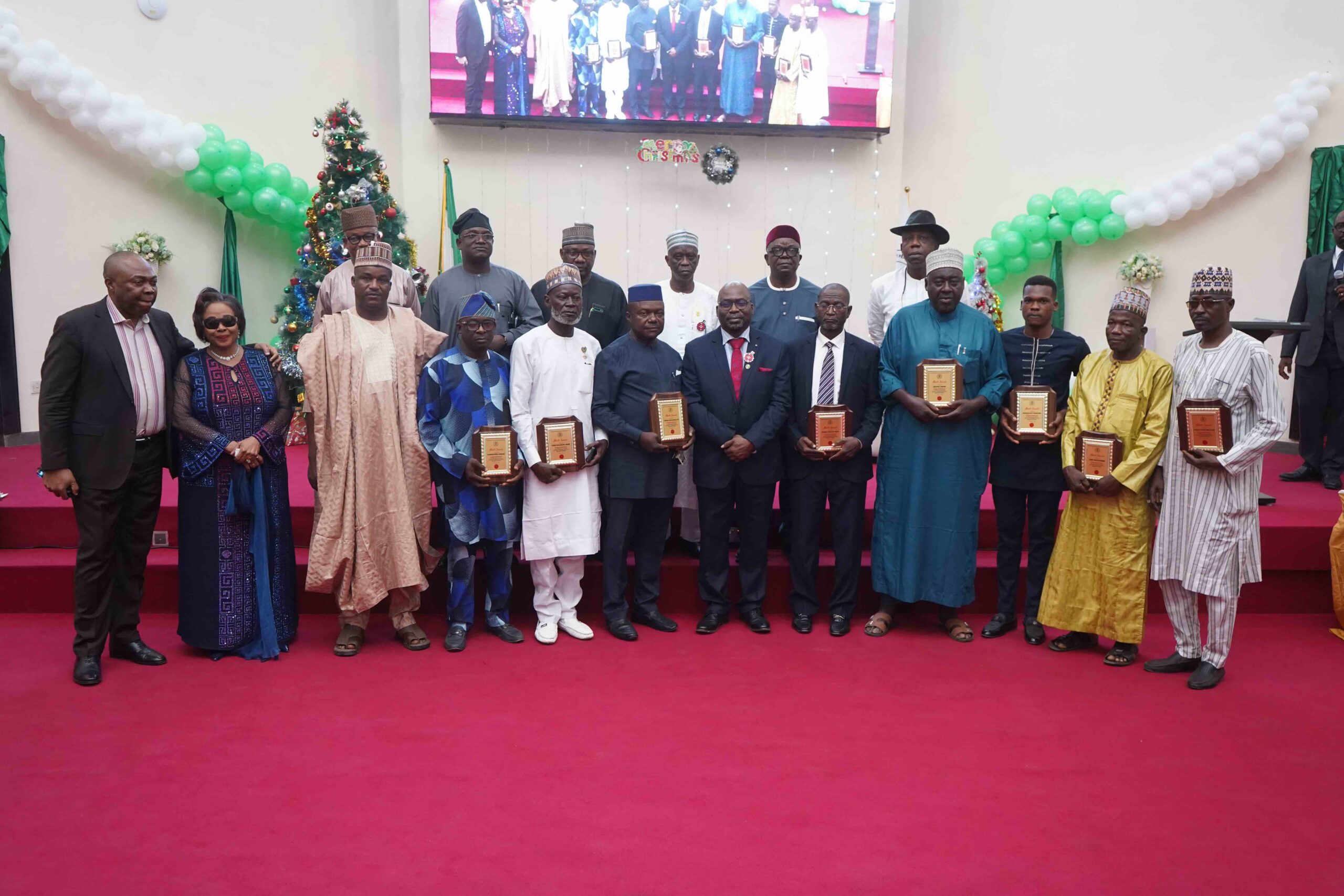 Twenty-three retired staff and twenty-one serving officers of the Independent Corrupt Practices and Other Related Offences Commission (ICPC) have been honoured for their outstanding performance in their duties at the Commission’s headquarters in Abuja recently.

Speaking at the event, the ICPC Chairman, Prof. Bolaji Owasanoye, SAN, OFR felicitated with all officers of the Commission for seeing the end of 2022 and then congratulated the retirees for serving their fatherland diligently while encouraging other staff to put in their efforts in tasks assigned to them as there was reward for every hard work.

“I congratulate all retirees today as this marks the beginning of another phase in your life. I made a commitment to reward talents and those that are recommended and those I see doing well. Everyone is encouraged to continue to play their role”, he said.

The Chairman highlighted some of the achievements of the Commission in out-going year to include the establishment of 6 new states offices in each geo-political zone, capacity training for staff both locally and internationally, training of four experts in polygraphy and other digital forensic capability, publication of twelve newspaper editorials on ICPC issues, clinching the best website award (out of 220 MDAs’ websites), completion of the gate house, and the detention facility, upgrade of forensic facilities, furnishing of world class interview rooms, procuring a new polygraph centre and surveillance vehicles, upgrading the server room to world class amongst other achievements.

Professor Owasanoye admonished all staff to work towards a productive Commission and to improve in all its areas, especially the investigation and prosecution of cases, and not to fall below the Commission’s current rating.

In his words, “To whom much of is given, much is expected. I do hope that officers will not disappoint in the investment of time, money and infrastructure that have being put in the training. We are also considering ways to strengthen the capacity of State offices to do more. It is very important we improve in all our areas of focus particularly on investigation and prosecution.”

Furthermore, he revealed that there were plans for health care packages for all staff to have first line access to health services and advised all officers to take their health very seriously as health is key. He urged staff to utilize the National Health Insurance Scheme (NHIS) which is the first line of response.

Owasanoye also gave a highlight of some of the new innovations expected to commence in the coming year, which include capacity building, more office space, new polygraph suit with insulated walls, completion of prototype offices in Ondo, Kogi and Enugu state to be commissioned next year, creation of hot spots for data access to staff and guests and many more.

“We are trying to replicate both infrastructure and human capital as we have in Abuja and some of the state. We are starting with Lagos state. Lagos state is having an upgraded forensic unit, so we are deploying a polygraph centre to Lagos State. The intention is to start going across the country one step at a time”, the ICPC boss stated.

He appreciated President Muhammadu Buhari and the House of Representatives Anti-Corruption Committee for putting their confidence in the ICPC.

“The House of Representatives were here last week on oversight visit and some of you would have noticed that we took them round and they were quite happy and impressed by the efforts we have made in the utilization of capital budget allocation. We are grateful for their visit and support, and we are grateful to Mr. President and the government for trusting in us”

He assured staff of his commitment to those who were hardworking and promised a continuous effort to make life and working conditions better for them.

He concluded by praying for staff and advising them to employ technology in their day-to-day work.

Also speaking at the event, both the Secretary to the Commission, Prof. Musa Usman Abubakar, and the Acting Director, Administration and Human Resources, Mr. Bello Onimisi Dauda, fsi said that the annual event was to honour retirees who had contributed to the development of the country as well as recognition of outstanding officers who had distinguished themselves in their duties during the year.