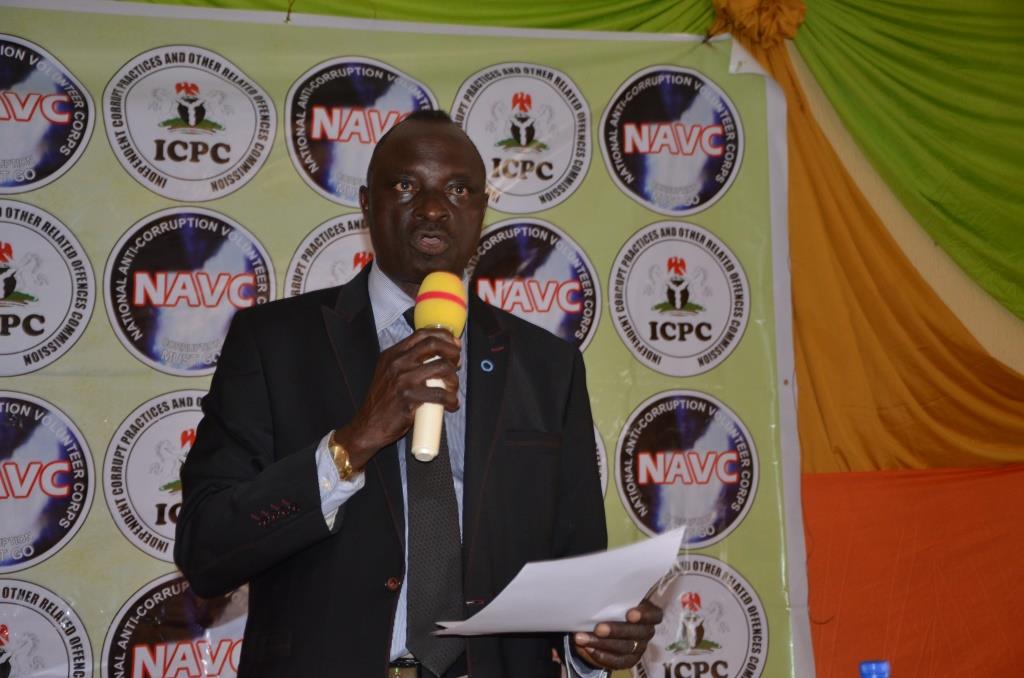 NAVC which was conceived as the corps of a critical mass of volunteers who would be the foot soldiers nationwide in the fight against corruption had to be disbanded several years ago when some state chapters of the initiative began to engage in unwholesome activities.

Speaking at the re-inauguration of the Delta and Abia State chapters in line with the revival of the Corps, the Chairman of ICPC, represented by the National Coordinator of NAVC, Mr. Mike Sowe, explained that ICPC, had to disband the structures because rather than pursue the ideals of NAVC, some state chapter coordinators turned it into a para-military organization, carrying out indiscriminate arrests; interrogating and even putting people in detention for allegedly engaging in corrupt practices  when they were not empowered to do such by any law or ICPC.

He said the volunteer corps, as one of the anti-corruption tools aimed at giving Nigerians interested in the anti-corruption campaign the opportunity of joining as  volunteers, has been re-branded and restructured in such a way that there would be checks and safeguards at the local government, state and national levels.

According to Mr. Nta, “The Commission has come out with modalities that would serve as the new operational guidelines for volunteers. They will go a long way in re-positioning NAVC to help ICPC play its pivotal role in the fight against corruption in Nigeria, thus paving the way for a corruption-free society”.

“The mission for establishing the Corps was to create opportunities for partnership with individuals and groups towards the eradication of corruption in Nigeria”, he added.

Mr. Nta listed the following criteria for the enlistment of interested members of the public saying “Individuals belonging to professional bodies, organized groups and faith-based organizations are qualified for membership of the Corps. Applicants are eligible if they possess the following; must be literate and have a minimum of a Senior School Certificate, gainfully employed with verifiable source of income, and at least 25 years old”.

The inauguration of executive members of the NAVC in the states was done immediately after elections were conducted in both Abia and Delta states.

On their part, the new state coordinators for Delta and Abia chapters, Comrade Frank Omoile Onyeka and Rev. Blessed U. Amalamba, respectively assured the Commission of their readiness to work according to operational guidelines of the new NAVC.