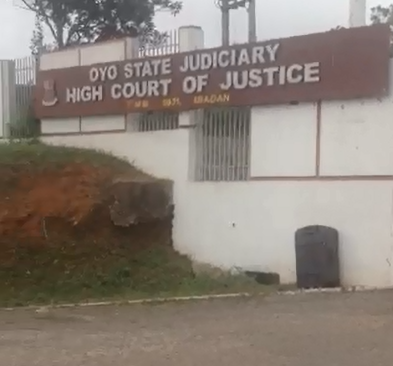 Mr. Michael was brought before Justice M. Adegbola by the Independent Corrupt Practices and Other Related Offences Commission (ICPC) on a 2-count charge that borders on fraudulent receipt of property and making false statement to a public officer.

Counsel to ICPC, Suleiman Abdulkarim had told the court that Mr. Michael, in May 2013, deceitfully collected N6 million out of N11 million, obtained through a garnishee order from Skye Bank, Ibadan branch by Mr. Olasope, claiming to be one Yekini Sulaiman, who was Director in Divine Success Network, a company said to be into pension funds management.

The court was told that this first offence of the convict contravened Section 13 of the Corrupt Practices and Other Related Offences Act, 2000 and was punishable under Section 68 of the same act.

The convict was also accused of lying to a public officer when he claimed that the money he had received was part of the legal fees paid by Olasope which offence was in violation of Section 25(1) (b) of the Corrupt Practices and Other Related Offences Act, 2000, and punishable under the same section.

The charge sheet read: “Afolabi Ademola Michael, in May 2013 at Ibadan, Oyo State did receive from Oladipo Olasope, the sum of N6 million being part of N10, 961, 121.08 the said Oladipo Olasope Adegoke, obtained from Skye Bank, Plc, Ibadan Branch, through a garnishee order obtained from Oyo State High Court, Ibadan against the account of Yekini Sulaiman, domiciled at the said bank, which money he knew Oladipo Olasope, obtained from Skye Bank Plc, Ibadan under the pretext that the said Yekini Sulaiman was an ally to one of the Directors of Divine Success Network which he knew was false.

‘Afolabi Ademola Michael, in May 2013 did make a false statement to a public officer to wit: Fateemah Mohammed in the course of her official duties when he stated in his statement that Oladipo Olasope, a legal practitioner, was paid the sum of N1, 090, 000 as legal fees in suit No. 1/388/09 instituted by him at Oyo State High Court, Ibadan which he knew was false.”

Justice Adegbola, after taking plea of allocutus of the convict, sentenced him to two years imprisonment without an option of fine.