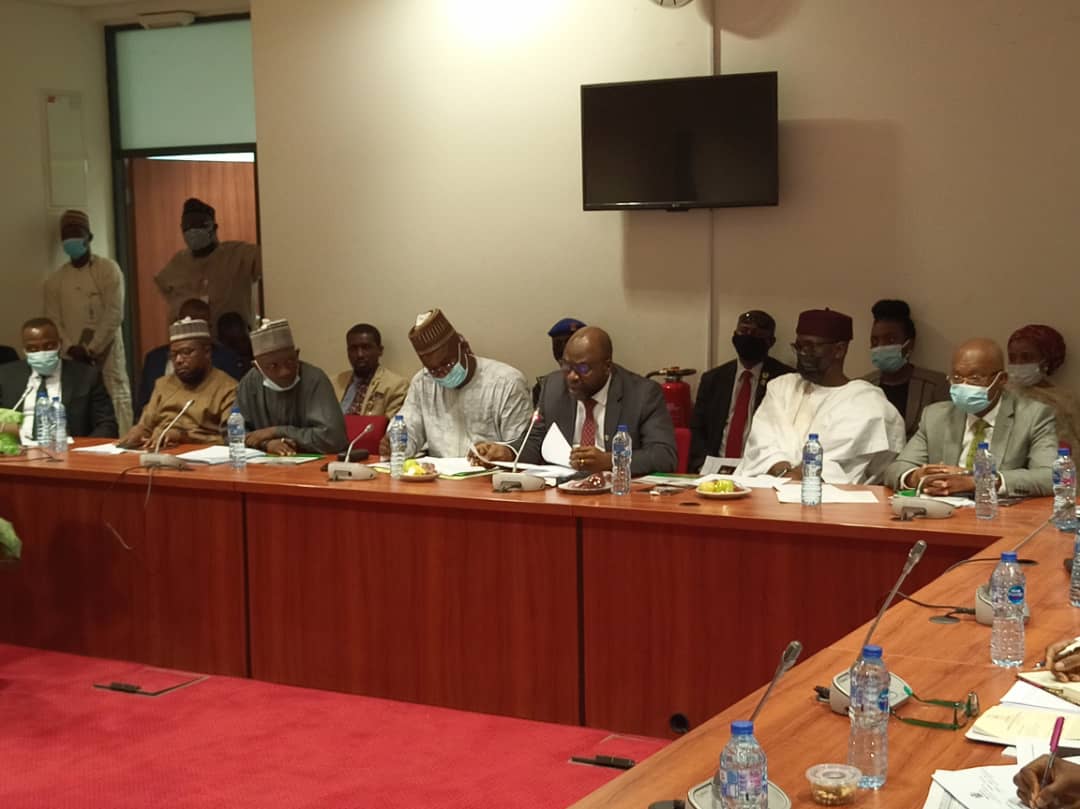 The Independent Corrupt Practices and Other Related Offences Commission (ICPC) has aligned its 2019 – 2023 Strategic Plan with the National Anti-Corruption Strategy (NACS).

The ICPC Chairman, Prof. Bolaji Owasanoye, SAN, made the disclosure while briefing members of the Senate Committee on Anti-Corruption and Financial Crimes, on the level of ICPC’s implementation of NACs in Abuja.
Prof. Owasanoye stated that the ICPC had incorporated 40 key activities of the NACS 2017-2021 into its Strategic Action Plan.

He said, “With the assistance of the RoLAC, ICPC held a strategic workshop to review the implementation of its 2013 – 2017 Strategic Plan and come up with a new Strategy that would align with the spirit and letters of the NACS.
” Consequently, 40 activities were identified from NACS Action Plan. These activities were subsumed into 32 activities in the ICPC Strategic Plan 2019 – 2023.

“Also, 36 activities were identified for development of policies and manuals to help the Commission achieve its core mandates, thus making a total of 68 Strategic Activities in ICPC Operational Plan.”

The ICPC chairman further noted that the major policy NACS anticipated was the National Ethics and Integrity Policy which, according to him, ICPC had succeeded in facilitating, and was adopted by the Federal Executive Council in 2020.

On the five pillars of NACS, which cover prevention, enforcement, governance issues, asset tracing, recovery and management, and citizens’ engagement, Owasanoye informed the Senate Committee of ICPC’s ongoing effort to sensitize the Nigerian citizens on the National Ethics and Integrity Policy.

“Awareness has been conducted in North-East, North-West, and North Central, while that of South West is currently taking place,” he added.

The ICPC boss also disclosed that the Commission had deployed the Ethics Compliance Scorecard to evaluate Ministries, Departments and Agencies (MDAs) for service delivery in addition to the volume of system study and review exercises, corruption risk assessments and Anti-Corruption and Transparency Units (ACTUs) which, he noted, were making significant impact.

On asset tracing, recovery and management, he stated, “for us in ICPC we have a full blown department that deals with this. All recovered assets are carefully documented and updated monthly. They are also being strategically applied and categorized whether they are under interim forfeiture or final forfeiture.”

The ICPC chairman advocated a standardised template for all anti-corruption agencies (ACAs) as part of measures to enhance performance in the fight against corruption in Nigeria.

The Committee was also briefed on the giant strides the Commission was making in the area of enforcement.
In his welcome remarks, the Chairman of the Senate Committee on Anti-Corruption and Financial Crimes, Senator Suleiman Abdu Kwari, explained that the briefing became necessary in order to take stock of the successes recorded in the implementation of various objectives of NACS.

Senator Kwari added, ‘We are here to identify the activities, action plan and the progress made so far. If there are any constraints, speak up so that we can find ways and means to provide remediation.’

“By the end of this exercise we should be able to provide a clear picture of where we are actually and produce a report which will guide implementation on the next step,” he concluded.

It is worthy of note to state that NACS is one of programmes adopted by Nigeria to strengthen anti-corruption reforms by exposing and driving out the culture of corruption in the country.