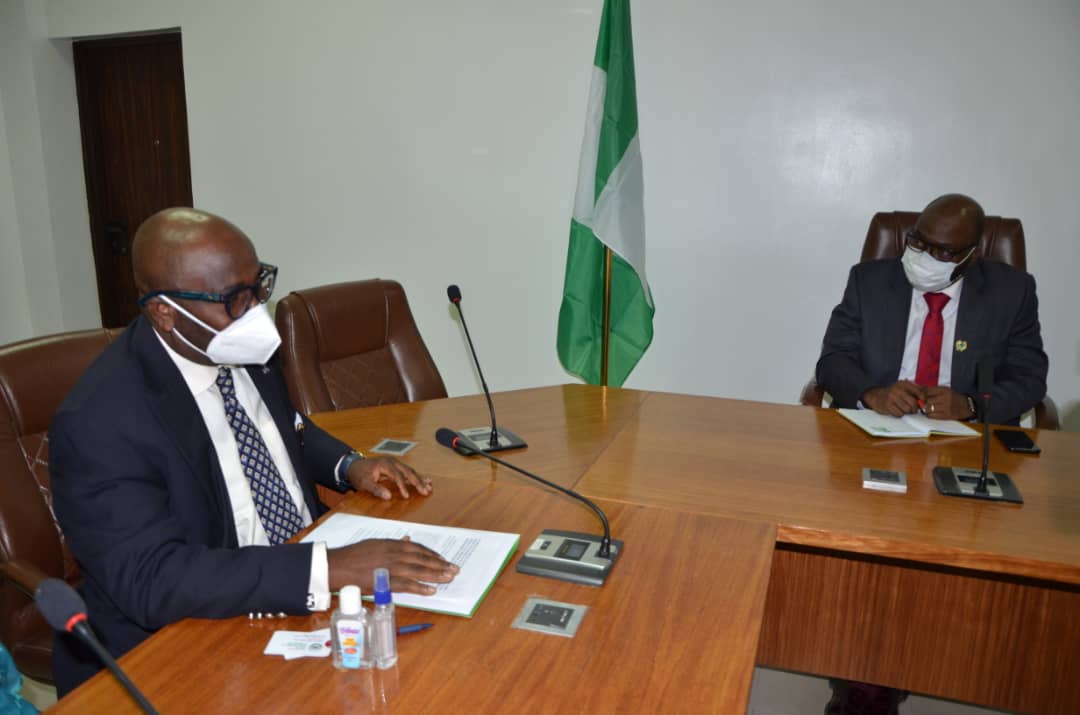 The Chairman of the Fiscal Responsibility Commission (FRC), Barr. Victor Muruako has called on the Independent Corrupt Practices and Other Related Offences Commission (ICPC) to assist it in recovering over N1.3 trillion being owed by some revenue generating agencies.

Barr. Muruako made this appeal during a courtesy visit to the Chairman of ICPC, Prof. Bolaji Owasanoye, SAN at the Commission’s Headquarters recently.

Barr. Muruako said that since its inception in July 2007, FRC had made remittance into the Consolidated Revenue Fund (CRF) to the tune of N1.7 trillion while but said that over N1.3 trillion was still outstanding.

“Working closely with you will help us breach the gap in this regard and other technical areas”, he added.

Muruako also sought the Commission’s collaboration in training of their staff especially in the area of project verification which is a major function of the Commission and which ICPC is also actively involved in through her Constituency and Executive Projects Tracking Initiative.

Barr. Muruako, who was in the company of some management staff of FRC, said the visit which was his first “step out” since confirmation was unique while expressing the hope that the engagement would yield lots of positive results in the inter-agency collaboration against corruption.

In his response, Prof. Owasanoye, SAN said ICPC was quite open to working with other agencies that showed proactivity in reducing defaults in the system, stressing that obvious overlap in mandatesnecessitated collaboration between agencies for optimum results.

On the request for training, Owasanoye said that ICPC’s Anti-Corruption Academy of Nigeria (ACAN) would work out ways staff of FRC could benefit from training opportunities.

“Joint trainings in areas that the two agencies can harness skills and abilities, such as asset recovery and project tracking, will be looked into,” he added.

On revenue recovery, Prof. Owasanoye said that there was need for the two agencies to work together to ensure government realized its expectations for setting the agencies up.

“You can leverage on our enforcement powers while working with us on asset tracing and recoveries”, he stressed.